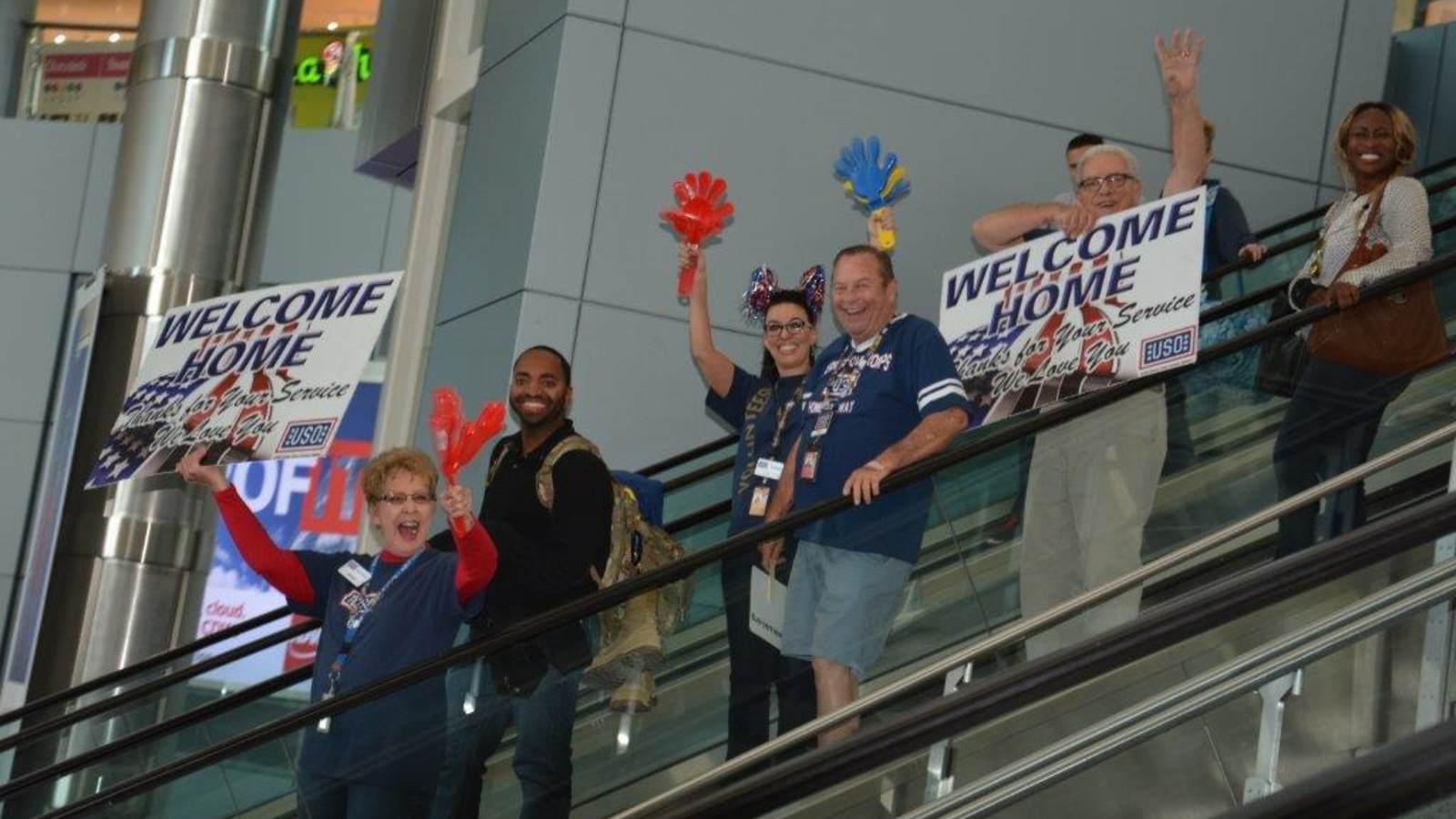 USO Nevada provides a home away from home and a sense of community for the 32,245 active duty troops, 4,760 National Guard personnel, Reservist, and their families based in Southern Nevada. We offer morale-boosting and family-strengthening programs, deployment and re-deployment support to help our troops adjust to the duty ahead, resiliency training, discreet and compassionate support for Families of the Fallen, as well as passenger terminal assistance for troops and loved ones alike. Since 2010, USO Nevada has served more than 155,000 troops and their families.

USO leaders announced plans in early 2010 to open a $1.5 million “hospitality center” at McCarran International Airport where members of the military can congregate, relax and rest. Months later USO Las Vegas was born with the opening of the USO Lounge in Terminal 1 on Veterans Day 2010.

The 2010 opening of the USO center at McCarran International Airport was the culmination of a decade of dreaming and planning, a partnership between businesses and veterans to make the travels of our military personnel easier and more enjoyable. The point in opening the 2,830-square-foot lounge wasn’t to merely do something for the tens of thousands of service members who come through McCarran every year, but to do something great, to provide them and their families with a rest stop that reflected this city’s commitment to first-class hospitality. Our first USO computers, TVs, DVDs, books, comfortable chairs, snacks and drinks and dedicated volunteers and staff.

All these efforts were validated when in 2013, 2014 and 2015, USO Las Vegas was named the USO’s Top Medium Size Center and in 2013 and 2014 named the Top USO Center Worldwide! These honors resulted from the center’s performance in an annual survey of troops and their spouses. On average, USO Las Vegas center had a 99 percent approval rating for friendliness, 97 percent for helpfulness, 93 percent for staff knowledge, 96 percent for rest and recreation, 86 percent for ability to socialize, 93 percent for food provided and 89 percent for quality of information provided.

This demonstrates exceptional dedication to the well-being of our military personnel. Certainly, the Las Vegas community is helping the USO fulfill our mission of “strengthening America’s service members by keeping them connected to family, home, and country throughout their service to the nation. The USO offers services and programs at more than 180 locations around the word.