Give More Than Thanks Campaign

The USO is proud to have supported 40 million men and women in uniform since we began operations in 1941 when the organization was initially chartered in New York by six organizations: Salvation Army, YMCA, the YWCA, National Catholic Community Service, National Travelers Aid Association and the National Jewish Welfare Board. For eight decades, the USO has served as a community-driven organization with global impact –demonstrating nimble responsiveness, agile operations, and innovative programs. Whether it was supporting troops on the frontlines in World War II or the National Guard in the fight against the pandemic, the USO is by the side of our military men and women and their families whenever and wherever they need us.

At the USO, we believe that all Americans, united in spirit and action, can change the lives and communities of our military – and, thus, our country – for the better. The USO is a family of volunteers, sustained by the charitable contributions of millions of generous Americans, united in as a Force Behind the Forces®, The USO is committed to continuing to support our heroes in uniform for many more years to come. Join the USO as a Force Behind the Forces® to actively express gratitude and support members of the military and their families, at home and abroad.

USO Nevada serves approximately 18,000 active duty, Guard, Reserve and their families across 110,000+ square miles. We operate out of four USO centers at Las Vegas Airport Terminal 1 & Terminal 3, Creech Air Force Base, and Nellis Air Force Base, and deliver programs to meet the needs of Military and families on base, in the community, during airport travel, and on the front lines during times of emergency. 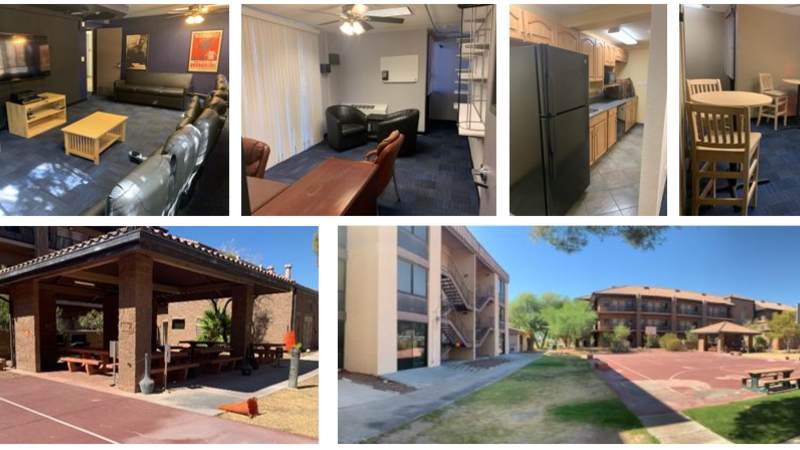 To expand upon and improve the programs and service offerings in the Las Vegas area, USO Nevada will be opening a state of the art center focused on e-gaming at Nellis Air Force Base, providing an additional 12,000 instances of service annually.

To learn how you can help, contact DJ Stanhope, Executive Director at dstanhope@uso.org.

Support the Campaign Here: Give More Than Thanks.